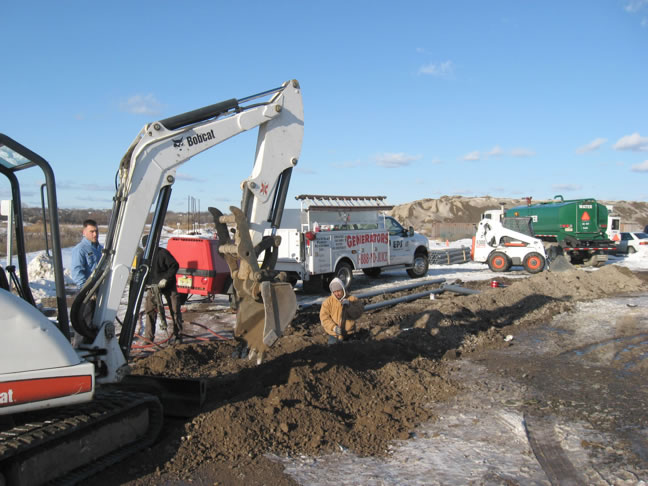 In New Jersey when it comes to the generator – Dan is the man.  Dan O’Brien has been helping people choose the right generator for their situation long before hurricane Sandy hit New Jersey.

Recently we have been inundated with questions about propane vs natural gas generator fuel and the fuel sources available for home standby and small residential and commercial generators. I am going to go into detail about using propane as using it as the fuel to fuel your generator.

Because of where we live (northeast United States) a lot of the areas have what we call utilization gas pressure. Utilization pressure relates to the design of the system to guarantee four inches of gas pressure on a cold winter’s day. But four inches of pressures not enough to run even the smallest generator. Therefore propane is becoming a much more popular choice a fuel so I would like to give you a little bit more detail about how that propane fuel source works.

For the residential applications and commercial jobs that were doing we’ve been excavating a whole and burying the tank in the ground with propane. The capacity of the tank is five hundred gallons it holds 400 gallons of propane and that’s because propane is stored in the tank is a liquid not as a gas. The liquid in the tank boils on the top surface and becomes gas as we take the fuel from the tank and that’s how the generator get its gas fuel supply.

400 gallons of propane in a tank is 14,556 cubic feet of gas. An RS 20 generator loaded at a three quarter percent load is going to consume 97.6 cubic feet of gas
an hour (that’s a little high for an estimate but again I’d rather err on the side of caution). That would relate to at 24 hours a day, six-plus days of fuel that you would have in the ground to run your generator. There’s never been a time where we’ve been
completely isolated for six days and not been able to get a propane truck back to refill a tank. In fact, post Sandy our customers with the RS 20 generator and that 500 gallon tank buried in the ground went 11 and even up to 14 days of fuel due to the load on the engine.

Load on a generator is directly proportional to load on the engine which is directly proportional to how much fuel you’re going to burn. Talking about fuel per hour,
an rs.20 a generator fully-loaded, on propane will consume 122 cubic feet of gas an hour. That same generator fueled on natural gas will consume 245 cubic feet of gas an hour. It’s almost better than twice the amount of fuel in cubic feet an hour on natural gas than consumed on propane. Plus there is a 15 percent reduction in the power output of the generator on natural gas verses propane. Propane now is starting to look like the real fuel choice for the home standby generator market.

You are consuming half the amount of fuel that you would consume if it was fueled on natural gas. You are also gaining 15 percent more power out of the engine and the engines lasts longer and runs better on propane than they do on natural gas.

Not that natural gas is a bad fuel source but because if the area that we live in the supply of natural gas may not be adequate to fuel your generator. The last thing that you would want to have is to go spend all this money and have a generator installed and on a cold winter’s day when the snow storm comes and that power goes out- the generator does not start!

All about Emergency Backup Power